When you’re looking for a baseball/softball instructor for your child, what should you look for?
Many instructors will highlight their playing careers and say they were great players or they played at a high level of baseball. Playing experience is good and being an all-star caliber player is great, but many of these "instructors" lack the skills necessary to teach youth players the skills that they need to improve their game. All of My Batters Box instructors have played baseball. Some of our coaches have played at the college and professional level. But our coaches also have a combined 78+ years experience instructing youth baseball and softball players. In addition they have coached thousands of youth baseball and softball games at all age levels.

My Batters Box coaches offer high quality baseball and softball lessons. Our instructors can work with recreational players that are new to the game, select players, high school and college players that are looking to reach the next level of baseball. We’ve even had instructors work with professional baseball players. Regardless of the level, My Batters Box instructors will assess your players’ skills, listen to their goals, and then provide an age appropriate plan to improve their skills so they can reach their goals. Former Major League Baseball Player and  New York Yankee Scout.
Ron made his Major League debut on May 26, 1963 for the Pittsburgh Pirates. Ron went on to play for the Houston Astros and Montreal Expos over the course of his 8 year career. He played seven positions during his career, primarily at catcher. Today, Ron spent 20 years as a scout for the New York Yankees. Ron has tutored over 20 major league players and two of his students have gone on to be major league hitting instructors.
1 year as a coach in minor leagues (Pirates), 3 years minor league manager, 20 years major league scout including advance work for playoffs and World Series.  Worked closely with Owner,  GM, Manager,   Coaches and Players resulting in 7 world series appearances and 5 championships.  Yankees had the highest winning pct. in MLB over those 20 years.   Ron has been giving professional instruction for over 8 years. 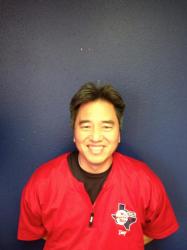 Coach Tony has coached baseball and fast pitch softball since 1994 and has been teaching private baseball lessons for a number of years. He offers high quality baseball lessons for kids of all ages and levels and teaches fundamental baseball at its best. Coach Tony’s teams won league championships in MLLB (McKinney Little League Baseball), MBA (McKinney Baseball Association/NTBA) and MGSA (McKinney Girls Softball Association). Tony was the Manager for the MLLB All-Stars (Williamsport Division) in 2003 and most recently head coached in the Redhawks and McKinney Marshal select baseball programs. CJ grew up playing baseball in Frisco white attending Wakeland High School. Four year varsity pitcher. Named All district pitcher. Recruited for Division 1 and Division 2 baseball. Chose Division 2 McMurry University. Has a passion and flair for coaching. Given lessons to young players since he was a Freshman in High School. Has been to countless instructors himself, and has a well rounded background on ways to approach skills for teaching personal lessons.

CJ has been giving professional instruction for over 3 years. 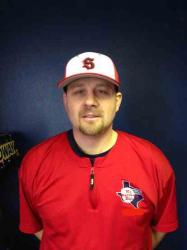 Steve has 14 years of experience as a baseball coach and instructor, 7 years as a professional baseball player and played all 4 years at Purdue University at Fort Wayne.  Steve was a left handed pitcher and his professional playing experience includes: Phillip McCloud has been coaching softball since 2002 with experience at various age groups from 12U to 18U Gold.  As a head coach his teams have finished in the top 10 at PGF nationals twice.  In 2011 he led a 14U squad to a 7th place finish, and in 2012 he coached the Southern Force-Ga 18U Gold to a 7th place finish.  Phillip is a member of the NFCA with a 3 star coaching certification.  He currently coaches the Southern Force Texas 18U Gold team, and runs the Southern Force Tx organization. Phillip has been giving professional instruction for over 8 years. Coach Brodi offers lessons for Baseball hitting, pitching, fielding and catching Played for Frisco Wakeland starting varsity outfielder for 3 years and was rated in the top 100 in Texas. Pitched, caught and played outfield for select team. Received scholarship offers from Penn State, OSU, UCO, and ECU but attended Texas tech before deciding to join the military. Recently got out of the Marine corps and is looking to share his passion for baseball through coaching.